Welcome to the Tufts Educational Technology Services User Guides. These guides offer user-friendly instructions in a series of text and images. Browse a manual below or use the search box to find a specific topic. Contact [email protected] with questions.

How can I download/delete a Zoom recording?

Once you've recorded a Zoom meeting to the cloud, you can download it to save elsewhere. We recommend that you do this, because your storage in Zoom is limited. See Recording with Zoom for step-by-step instructions on recording a Zoom meeting. Follow the instructions below to download and then delete a Zoom recording.

Log in at tufts.zoom.us and navigate to the "Recordings" area. 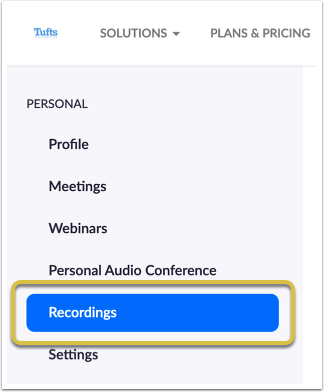 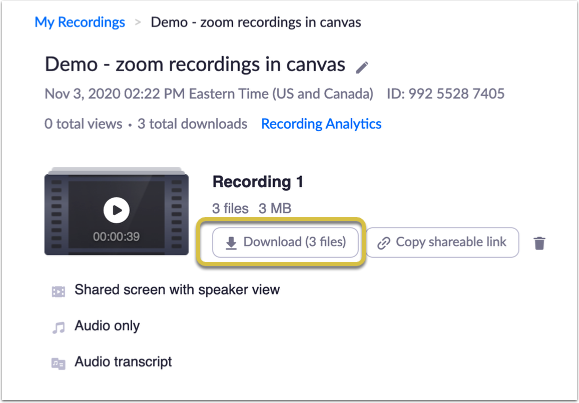 Since the downloaded files are not named exactly the same as they are presented on the recordings list, you may wish to rename them, or store them in a folder with the desired name. These steps should happen before you move along to downloading the next recording, in order to avoid confusion later on around which files belong to which recording.

To remove recordings that you no longer need, click 'More' at the far right of the desired recording row, and click 'Delete' to delete the files.