How Do I create Group Sets / Course Groups?

Instructors can create as many Group Sets as they want and each Group Set can contain any number of Groups. Students can be part of multiple Group Sets but can belong to only one Group within a Group Set.

Each Group, within a Group Set can: 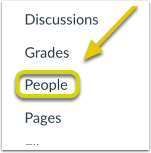 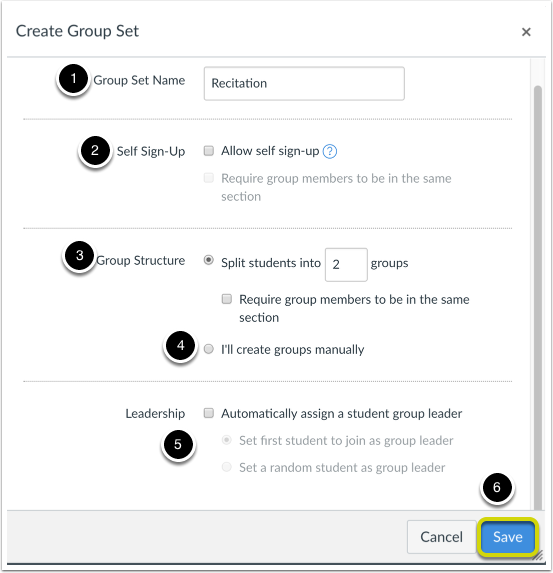 1 - Name the new group by typing it in the Group Set Name field.

3 - You can automatically split the groups in a number of equal groups by clicking the Split students into [number] groups radio button and then typing the number of groups in the dialog box.

4- You can manually create the groups by clicking on the I'll create groups manually radio button.

5 - Except when creating groups manually, you can automatically set student group leaders.

Notes: The Require group members to be in the same section option is available in self sign-up and automatically created groups.

Example of two groups in a Group set 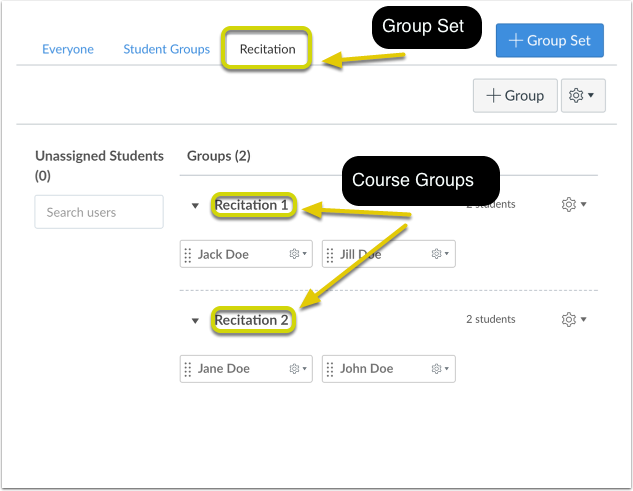 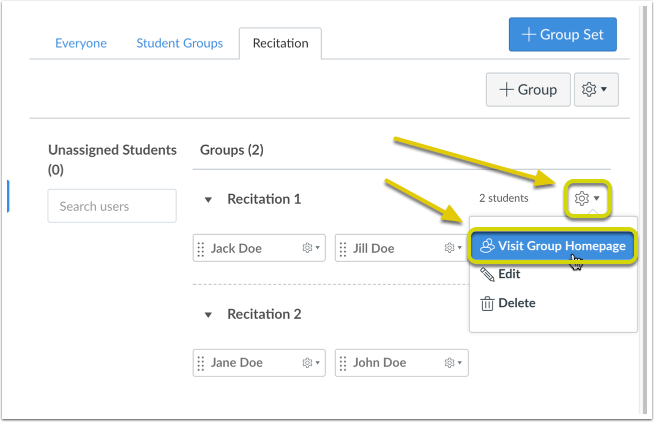